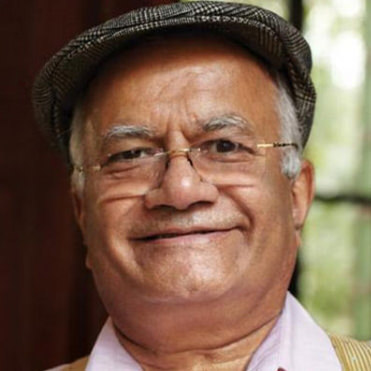 Futuristic outlook, indomitable will, fiery instinct and a burning passion was all that Mr. Ramesh Chauhan had when he returned home at the age of 22 post graduating from the Massachusetts Institute of Technology. Mr. Chauhan, the man behind the most popular Mineral water brand "Bisleri" was born on 17th June, 1940, to Mr. Jayantilal and Mrs. Jaya Chauhan at Purandhare hospital in Mumbai, India. RJC, as he is called by his friends, holds a double major in Mechanical Engineering and Business Management.

Known for always being ahead of his time, at the age of 27, RJC took the bold step of introducing bottled mineral water to the Indian Market, at a time when buying it was unheard of. Parle Exports bought Bisleri from an Italian entrepreneur in the year 1969 and began to sell mineral water in India. With a career spanning of around 52 years, Mr. Chauhan's leadership and vision has made Bisleri a brand name synonymous with mineral water, a household name, and the leader in the industry. So naturally, "When you think mineral water, you think Bisleri".

Under RJC's able guidance and leadership, the company ventured into the Premium Natural Mineral Water segment, launching a brand Vedica. Vedica is bottled in the Himalayas, right at its source. Apart from Bisleri, RJC has created various super brands, such as ThumsUp, Gold Spot, Citra, Maaza and Limca. It was these brands that transformed every Indian into a soft drink consumer. Mr. Chauhan recreated the magic in 2016, by re-entering into the soft drinks segment, launching "Bisleri POP", a range of fun filled soft drinks in four exciting flavours —Spyci, Limonata, Fonzo and PinaColada.

One thing that Mr. Ramesh Chauhan has always been passionate about is Corporate Social Responsibility, rather, in his words Our Social Responsibility activities. It is his firm belief that each organization has a responsibility towards the social sector and lesser developed parts of their countries. Bisleri began rainwater harvesting on realizing rainwater being wasted into the sea and has built and restored 46 check dams across the South of Gujarat till 2016. The check dams alone harvest over 10 billion litres of water every year. Bisleri plants also have well planned rainwater harvesting systems that gives around 7 million litres of water a year.

PET (Polyethylene Terephthalate) recycling was introduced by Mr. Chauhan in the year 1995. This was done to keep the environment clean and it also became a source of extra income for the rag pickers. Bisleri's initiative has led to collect 600 tonnes of PET a year! Bisleri earned the Guiness World Record and Limca Book of Record, in the year 2015, for the highest amount of PET bottles collected in 8 hours. As a result of this initiative, Bisleri and the school students made a collection of 1.1 million plastic bottles.

Another of RJC's passions is Ozone Therapy, an inexpensive alternative to medical treatments. Ozone can be used as a preventive measure and also to cure various ailments such as cancer, knee osteoarthritis, sinusitis, etc. Germany has been using Ozone Therapy for over a hundred years. Bisleri has trained over 650 doctors in the country, and the Ozone Therapy has touched the lives of over 50,000 patients in India. An indispensable addition to the libraries of those involved with Indian business or with an inclination to learn of how Indian talent can compete with the best in the world, is his book THUNDER UNBOTTLED.

Mr. Chauhan has always been a role model and inspiration to people at Bisleri. All the employees thoroughly believe in one of his favorite quotes "You just have to do a good job, a better job than the others, and automatically you will rise above the rest and become the best."