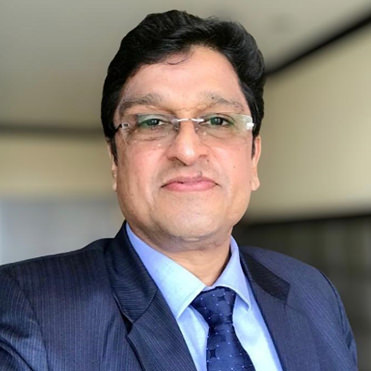 Angelo George is the CEO of Bisleri International. He joined Bisleri in June 2019. Angelo has over 3 decades of experience with leading companies in FMCG, Consumer Durables & Pharmaceutical industries.

He started his career with Boehringer - knoll, leaders in Cardiac & Diabetes research. Later Angelo worked with Hindustan Unilever in different capacities in Sales & Trade Marketing over 2 decades and contributed significantly in developing channel strategy for the organisation. He led projects to gather insights on shopper behaviour & channel potential and launched programs like ‘Vijeta’ and the ‘Super value store’. He was a recipient of the ‘Unilever CAME Innovations Award’ for his contributions.

He moved on as Head of Marketing & Sales at Parryware, India’s leading manufacturer of bathroom products. During this stint, a range of faucets were launched to leverage & complement company’s leadership in bathroom products.

He spent the next decade at Dabur India as Executive Director-Sales and integrated the diverse business into a unified sales system across trade channels. He was instrumental in driving growth through a series of transformational initiatives to grow business across market segments with some of them featuring as best in class case studies. In addition to the business in India, he was also responsible for heading the Nepal & Bangladesh businesses for a few years.

He headed Ascent Health & Wellness solutions as CEO for a while. He also lead the business of Anchor as CEO for couple of years. Prior to joining Bisleri, he was working as the Chief Operating Officer at Emami Ltd.

After graduating from Madras Christian College, he completed his PGDM from Bangalore University and later did an Advanced Global Management Program from ISB Hyderabad & Kellogg School of Management, Chicago.